SUB-GENRES: Horror / Thriller
DIRECTED BY: Don Siegel
WRITTEN BY: Daniel Mainwaring (screenplay); Based on a novel by Jack Finney
RELEASE: 1956

PEW PEW: Not an action flick, but it’s also far from a bore. The film does build into a frantic escape.

CAT FOOD: The film is meant to reflect the fear of communist subversion that permeated the American mentality of the era, but it also says a lot about the struggle to remain human through other trials. 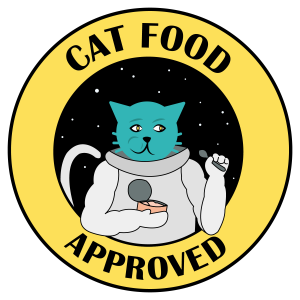 Jack Finney’s novel The Body Snatchers and its concept left an indelible mark on me and, as such, the adaptations of the unique story always fascinate me. I believe that Invasion of the Body Snatchers and its subsequent remakes, however terrible some of them were, are staples of science fiction film. For my next several reviews, I plan to take you through all five of the takes on Finney’s idea.

First off, the best of them. While the faithful re-imagining that came twenty years later is in fact a stellar feature in its own right, I have to crown the 1956 original as the best presentation of the concept. It is one of my favourite sci-fi films of all time.

For starters, the film gets right down to business. Although I love this particular era of film, I will admit that a lot of its films take a hell of a long time to get going. It’s simply not the case with Invasion of the Body Snatchers.

After an extended stay at an out of town convention, Dr. Miles Bennell returns to his job as a general practitioner in the town of Santa Mira. Only, once he arrives there, he begins to notice that some things are off. A local business has fallen into disrepair. Patients make desperate appointments only to cancel claiming they’re completely fine. Several people claim their loved ones aren’t themselves anymore.

Throughout the course of the film, we find out that seedpods drifting through space have landed in town and are producing exact replicas of its human population. When you sleep, the new body absorbs your thoughts and memories and eventually replaces you. The resulting replacement is identical in every way, except that it no longer expresses emotion.

Soon, Bennell and his bint find themselves outnumbered in a desperate attempt to escape town and warn the outside world that the pod people plan to spread the invasion across the nation and beyond.

I’ll put the bad right up front first, just so we can get that out of the way. Finney’s concept is farfetched enough in the novel, but here they attempt to make it work by simply avoiding telling us anything about how the system really works. Just what in the fuck happens to the original host once the pod person takes over? If the pod body is grown and it absorbs the mind of its host while the host sleeps, where the fuck does the original body go? In one scene, a character falls asleep for maybe five minutes and when we see her again, she’s one of them. You mean to tell me, even though she was hiding, her pod host grew, absorbed her thoughts, found out where she was, absorbed her body, and got to exactly where she was all in five minutes?! Oh, and the narration is completely unnecessary and mostly a nuisance for most of the film. We’re not talking Dino King annoying, but it’s just a little redundant.

That’s it. That’s the bad for me, and I don’t really feel it detracts from the enjoyability of the film at all. It requires a sort of suspension of disbelief that a lot of classic films from this era require. Conversely, the things that stand out so brilliantly to make this a true classic are Kevin McCarthy, effective use of black and white and the staging of some of the shots, the effects of the hatching pods, and the film’s decently powerful metaphor.

There can never be enough words said of the genius and presence of the damn fine actor who was Kevin McCarthy. Having him front-row-centre in Invasion of the Body Snatchers sells it as a truly exciting picture. For starters, when his story in Santa Mira begins, McCarthy’s Dr. Bennell is a level-headed, caring, and reasonable man. Over the course of the film, he goes completely batty. Through both voice and animation, Kevin McCarthy’s incomparable melodrama is what brilliantly shines in this film. It makes the climactic highway scene all the more memorable.

The film’s visual is also something quite notable. There are some brilliant camera angles and the night shots during the chase scenes are quite effective in creating urgency and oppressive panic. I love how the lighting was used to bring out the most in the classic black and white presentation. There are scenes in homes where the lights go out and all we can see are two figures silhouetted by a living room window. It’s quite stunning. My favourite shot, however, is the one when Bennell and Becky Driscoll are hiding in his office closet. Someone comes in the search the room, turns the light on, and a grate above their head allows this light to create a fantastic symbolic contrast.

Finally, the film’s metaphor is one of note. While the film was intended as a way to capture the fear of communist subversion that plagued the minds of the American people during the fifties and sixties, I find that metaphor to be severely flawed. A great deal of films from this era pushed the idea that communism was this big subversive force that was going to strip away everything everyone loved, but they amounted mostly to anti-Soviet propaganda as ill-informed as the enemy’s own propaganda machine.

No, the most amazing thing about the concept to me is what it has to say about human beings in general. About how we get defeated by the weight of the world and our own failures. About how our humanity can be whittled away at piece by piece by failures in love, desire, ambition, and faith. It is even poetically stated that we harden our hearts over time and become less human every time we fall down and pick ourselves back up. It’s only when we’re fighting to keep our humanity that we learn how special it is. I find this idea incredibly stirring and believe it to be a great message to keep dreaming and to do what makes you happy.

The film manages to craft a non-violent menace that is incredibly effective. Of course, the film doesn’t end with the same happy ending as Finney’s novel does, but it does end with a bit of relief that satisfies people like me who are mostly adverse to tragic and bleak endings.