PEW PEW: Unlike its predecessor, Aliens brings action to the forefront, delivering a pulse-pounding and unrelentingly exciting experience.

CAT FOOD: The film also holds up in terms of social commentary. It addresses the folly of Jingoism and military arrogance, as well as greed, and explores motherhood as an instinct. 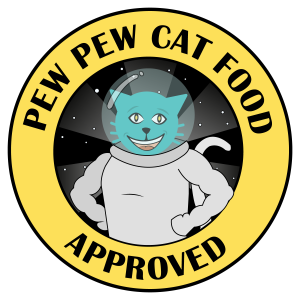 How do you follow up the greatest horror science fiction film of all time? How do you recapture the oppressive isolation and horrific menace that the original presented? Well, this film proves that the best answer to that question certainly can be: you really don’t have to.

Where Ridley Scott’s bleak 1979 odyssey Alien was a flawless example of the blending of science fiction and horror, James Cameron’s 1986 sequel Aliens is not content with simply continuing this idea. For this one, Cameron let Alien stand on its own and chose to thrust the film’s superb heroine into an entirely new experience, one that champions action over the previous film’s speculation and dread. That’s not to say that Aliens is completely devoid of the original film’s features. The DNA is still here, but it’s rather like comparing apples to oranges.

I must stress that this is the absolute best way to do a sequel. The two films can be held side-by-side as the two best in the franchise and simply cannot trump each other as they both represent two distinctly different types of film.

Aliens begins almost sixty years after the last movie ended. Our hero, Ellen Ripley (along with her sassy ginger cat, Jones), is at last rescued by a deep space salvage team and brought back to the Weyland-Yutani Corporation (referred to simply as The Company in the original film). She quickly finds that, while she hasn’t aged a bit, the universe has moved on without her. Her daughter, for instance, has aged fifty-seven years and passed on.

The Company initially presents itself as a little more humanistic, however — but of course they don’t believe Ripley’s claim that a Company-programmed android was ordered to smuggle the killer alien xenomorph on board her ship and bring it back, all crew expendable. They launch an inquiry into Ripley’s destruction of company property, and decide to suspend her rank and career as a Warrant Officer.

When she asks if they’d looked in to LV-426, the desolate planet where her crew discovered the hostile alien species, Carter Burke, her representative on the inquiry panel, explains to her that a terraforming colony has since been founded there. Later, her fear that the sea of eggs they discovered inside a derelict alien spacecraft still exists on the planet is proven well-founded when Carter and a member of the colonial marines comes to her door explaining that they’d lost contact with the colony — they want her to go in with a team of extremely badass marines to provide an expert point of view should they encounter another creature.

Once they arrive on the barren planet, this mighty band of arrogant badasses discovers that there are instead hundreds and hundreds of the killer xenomorphs, and they quickly find themselves stranded with their survival and combat skills put to the test against a superior alien survival intellect.

Unlike in the first film, where the creature is seldom seen, Aliens shows us tons of the things, and the fear quickly morphs from trying to corner a single, terrifying creature that might as easily kill you once it’s cornered, to simply being the ones cornered by an overwhelmingly nightmarish force that could come from anywhere and at any time. And of course, the Company hasn’t changed a bit. Remember that the commercial force that wanted to capture the creature alive for study was really the chief evil behind Alien, and this element most certainly does come into play in this film.

With a sprawling and wholly infested compound to navigate through, the fighting skills of the colonial marines are put to good use. There’s never a dull moment, as even the calm moments between intense skirmishes are undermined by a massive feeling of dread. Aliens is an uncompromising thrill ride, using only the bare bones of the original film to create a horrifically memorable experience. One of the greatest action film scores of all time, composed by the brilliant James Horner, goes the extra mile and keeps you on edge till the very last frame.

Once again, not a single casting choice is a waste and everybody suits their role perfectly, and again, most notable is the incomparable Sigourney Weaver as Ripley. In this film, Cameron takes the androgynous Ripley character (which was written as a man in the first film) and applies the mother instinct to her. It doubles her character’s depth when she suddenly has to stop flip-flopping from victim to champion (as she did in the first film) and ultimately become a stoic and uncompromising warrior for the sake of a defenseless child. In the end, as we eventually discover a fucking alien queen (the ultimate badass of ultimate badass creatures, I assure you), the movie becomes a powerful struggle between mother and mother that is insanely engaging.

While the rest of the cast is of severe note, I have to single out Paul Reiser as a particularly good choice as our weaselly company man. I know, right? Mad About You. But he really came through on this one. Of course, Bill Paxton and Lance Henriksen provide some of the best moments in the film, and the marines are all mostly unique and memorable. Cameron had them all train together before filming (with the exception of Michael Biehn, who replaced James Remar at last second) and the resulting chemistry really shines.

While the aliens themselves are decidedly more skeletal-looking, as well as faster and more immediately dangerous, they still hold up as some of the most terrifying creatures in horror movie history. While a lot of the original film’s appeal was in its decision not to show the creature too often, Aliens does not suffer from Over-Showing the Shark Syndrome. When we finally see the damn queen, it’s a bonafide marvel to behold, going way over-the-top whilst still maintaining complete monstrous integrity.

While action is undeniably the focus of this picture, Aliens does manage to expand tremendously on the social commentary that permeated the original film’s narrative. Of note is what it has to say about Jingoism and military arrogance. How men are sent into meatgrinders thinking they are doing something glorious for a force that has a decidedly ulterior motive. The praise of the mother figure and its being ultimately mightier than any military force is something that is more than welcome in a genre over-populated by muscle, male posturing, and generally overt machismo.

Aliens, like its predecessor, is lush with dark, wholly oppressive terror and pulse-pounding suspense, but it wastes little time getting started, and balances the original film’s dread perfectly with over-the-top action that never compromises the film’s integrity. I will not say it’s the best in the franchise, due to my love of the original, but I have to admit that it is entirely on par with that film.